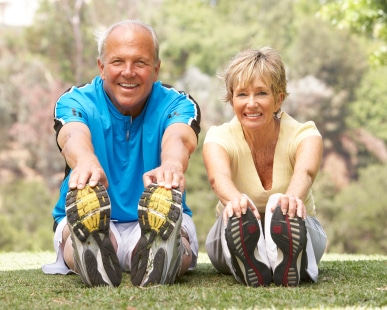 So what exactly are Trans Fats and Saturated Fats, when the American Soybean Association made its attack on the coconut and palm oil industry, it succeeded in turning a large part of the population (and food manufacturers) against saturated fat. In the mid 80’s, the soybean industry provided approximately over 70 percent of the oils consumed in the US, while healthy saturated fats like palm and coconut oil accounted for only 4 percent of the population.

Coconut and palm oils are known as tropical oils, but it is also important to mention that soybean, peanut, and other oil-bearing plants are produced in these warm tropical climates. With the help of Phil Sokolof of the National Heart Savers Association who contributed toward the article titled, The Poisoning of America, the ASA succeeded in turning most food manufacturers against tropical oils (which were popular previously) and onto domestically produced oils. Although dieticians still tell us to eat polyunsaturated fats and steer clear of saturated fats, have you ever asked yourself why there is such an increase in heart disease in today’s society, while the people who eat a high saturated fat, like the Polynesians, enjoy a health free of diabetes and heart disease? Not all saturated fats are created equal and it’s time that we re-educated ourselves on this fact.

Saturated Fats Do Not Oxidise

Even the food writer, Jane Heimlich, reported that the anti-tropical oil campaign succeeded in causing the food processors to switch to using artery clogging partially hydrogenated fats. Saturated fats like palm and coconut oil are trans free and can sustain high temperatures during cooking, which reduces the risk of oxidation. Domestically produced oils, on the other hand, are highly unstable to use at high temperatures leaving them at a higher risk of oxidation. Hydrogenated fats require stabilisation. Even Nutrition Reviews, printed a review on palm oil in July of 1987. This paper said that palm oil does not act like a typical saturated fat, but more like an unsaturated fat. The presence of 10 percent linoleic acid and 40 percent oleic acid can effectively lower plasma cholesterol. Another cholesterol lowering benefit of palm oil is that it contains tocotrienols.

A year later, coconut oil was confirmed as a healthy fat by N.W Istfan of Nutrition Coordinating Center in Harvard University’s Medical School. He reported, “For the U.S consumer, the use of coconut oil does not increase the role of heart disease.” Other researchers said that coconut oil helped in reducing cancer, heart disease, and other age related conditions. It is also both anti-bacterial and anti-fungal because of the natural lauric acid content, which is found naturally in breast milk.

Trans fats and saturated fats are not the same. Trans fats are created when the oil oxidises. Heating oils to a high temperature contributes toward this. Natural fats, like those found in palm and coconut oil, are saturated fats and not trans fats. They are the healthiest form of fat for cooking and baking with. We must re-educate ourselves on fat and study why people in tropical countries have a lower risk of illness and disease.