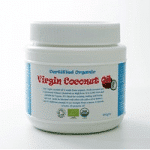 Coconuts are abundant in tropical countries. The water is drunk to rehydrate the cells, the meat is eaten to provide calories and nutrition, and the oil can be used in soap making and skincare. There is considerable information available on coconut water and oil, but are they really as beneficial as experts make them out to be.

What’s the Hype About Coconut Water?

Coconut water is an alternative to hydrating sports drinks that can be both expensive and calorific. Coconut water contains electrolytes and minerals that replenish the body’s cells after an intensive workout or during illness when the body is weak and under par. Contrary to popular belief, a coconut does not contain milk but water. Shaking the coconut before purchase can determine its level of coconut water.

The body can be replenished after a workout of thirty to sixty minutes with just water, while athletes striving to train for longer than ninety minutes may experience a lack in performance due to the loss of electrolytes. This is when coconut water is a handy source to encourage peak performance. Another reason why you should switch from sports drinks to coconut water is the lower level of carbohydrates, which helps the body absorb electrolytes.

It is a common fact that the human body is largely made up of water, which is necessary to keep the body functioning at its peak. Dehydration can result in headaches and fatigue. Fruits and vegetables are also a good source of fluid.

Is Coconut Oil as Good as Experts Say?

Coconut oil is derived from fresh coconut meat and gently pressed to preserve its health and healing properties found in lauric oil, which converts into the anti-bacterial and anti-fungal monolaurin in the human body. Although it is high in saturated fat, coconut oil has a medium chain fatty acid structure, which means that it is utilised differently by the body. The level of ketones released from coconut oil improves brain health and raises the metabolism. This makes it a useful oil for cooking and baking.